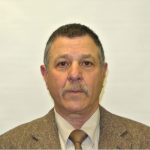 He has given instruction to police, security persons & civilians, locally, nationally & worldwide. He was a firearms instructor & consultant to the Defense Ministry of the Philippines, chief handgun instructor to the Detective Division of the Palestine Authority Police Department & Non-lethal weapons consultant to the children of King Fahd bin Abdul Aziz, of Saudi Arabia.  He was hired as an expert witness by the Nationalist political party of Taiwan China to investigate the shooting of President Chen Shui-Bian.  As an instructor at Executive Security International (ESI), he has also taught legal photography, surveillance, & bail enforcement. He was a firearms columnist for The Professional Investigator, The Voice of the American Bounty Hunter & Pursuit Magazine & a contributing writer/photographer for PI magazine in Ukraine.

Since 1995, he has been the Chief Investigator for all three of Philadelphia’s Legal Aid Services & was the recipient of The Chief Justice Brennan award. Criminal defense investigations are usually limited to self-defense homicide, bail enforcement & international travel. He is a multi-state, court certified expert witness in these areas & firearms/shooting cases.

A graduate of the U.S. Army Still Photography School, he was a photographer at the USMA, West Point from 1964 to 1967 & a freelancer photographer for UPI & Life Magazine during this time. Legal photo training was also received through, the Philadelphia Police Department Photo Lab & Evidence Photographers International Council.

His other professional memberships include the following: PA, NY, CA, TX & FL PI assns., & WAD, CII, UKPIN, APSA-Singapore Chapter & INTELLENET.  He was the voted the first recipient of the “Most Outstanding International Investigator of The Year” award by the World Association of Professional Investigators (WAPI), at the 4th European Detective Congress in London England.  He was, for 10 years, this association’s USA representative.  He was on the advisory board of the National Association of Bail Enforcement Agents & was an adjunct instructor for them & for the National Institute of Bail Enforcement in Arizona. He is currently on the board of the IALRI, based in Yerevan Armenia.